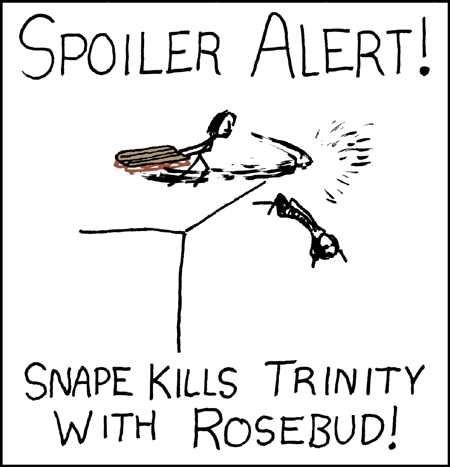 This is the second installment in a trilogy, the first being “Andromeda Awakening”, which was entered in last year’s comp and which I played but never finished. Fortunately for me and others who didn’t play the game, “Apocalypse” is self-contained enough to stand all right on its own. The premise is reasonably simple: it’s The Future, and you have mysteriously found yourself stranded on a deserted planet and must get off before an incoming supernova destroys it.

I’m not the biggest sci-fi fan; if I enjoy works in the genre, it’s usually for things that have very little to do with the science-y stuff and more to do with, say, how social structures change in these imagined futures. Hence, if I’m going to be wandering around on a deserted planet, the thing I’d be most interested in is uncovering evidence of who used to live there, and what happened. [1] There are hints of such evidence, but on its own, not really enough to piece together a compelling enough narrative for me to really care. And also not really enough to compel me to go back and play the first game for more backstory, which I’ll admit I’m probably missing.

There are a couple of NPCs, mostly in the form of people from your past, and a talking computer. As far as I can tell, everyone in this particular future is male. Now don’t get me wrong, I think it would be neat if the idea of a single-sexed future society were actually explored in some detail, but my guess is that the author just didn’t really think much about including any characters who weren’t dudes. Sigh.

The actual game was somewhat enjoyable, though, in spite of that. There’s been plenty of testing and polish and love put into this game, and it shows. The script’s even been proofread by native English speakers, which solved a few complaints about “Awakening”; I know that for me, the text felt a lot more readable. The puzzles are well clued, there’s a context-sensitive hint system, and the feelies help make everything more atmospheric.

I’m afraid that this is yet another review that tells you more about me than it does about the game. But then again, don’t they all, to an extent?

Now here’s an intriguing premise: you have two characters, Helen and Ross, both white, early twenties-ish Brits, who are in a train car together, both bound and gagged. You, the player, take on both of their perspectives, and can switch back and forth between each, “Day of the Tentacle”-style. Each character can go to sleep, landing them in a nightmare hell world of sorts where they must recover seven pieces of their souls by visiting rooms vaguely reminiscent of significant life events; when they wake up, you can have them remember the events in question, piecing together their life stories and figuring out what the hell [2] is going on.

Gradually, you figure out that Ross is a social justice-leaning lefty who lost his mom, Caroline (they were on a first-name basis, apparently) and fell in with some dude from his anarchist group who was building bombs; meanwhile, Helen comes from a more conservative background, gets pregnant and loses the baby, spirals into drugs and partying and is snubbed by her super-Christian ex-boyfriend. Both characters are weakly connected through this one gal who seems to know everyone. It’s implied that Ross’s friend went ahead and planted a bomb in the Tube, which wound up being in a bag next to Helen, and Ross went and grabbed it. And then an explosion ensued. Or something.

There are six endings you can get in the game: two “successful”, and four “unsuccessful”. I found one of the latter on my first playthrough and got both of the former by following the walkthrough… and I’m still not entirely sure what was going on. The “success” endings seem to entail one character dying so that the other’s past could be rewritten — either Caroline comes back to life for Ross, or Helen’s foetus lives and becomes a human. The other ending involved both characters living, but not really recognising one another. I can’t say I was particularly satisfied with either outcome. The story seemed to be leading up to both characters’ lives converging somehow, but that didn’t really happen except superficially, and the sacrifice of one for the other’s sake felt a bit pointless because of that. Plus, I still have no idea what they were doing all tied up and amnesiac in the first place — was that meant to be some kind of symbolism, or did that actually happen? And what is with all those wasps? [3] I’d be interested in knowing what the other endings entail, but have no clue how to go about finding them.

I’d say this was a game that felt a lot stronger in the beginning than it did closer to the end, making me guess that this might have been a bit rushed. I did enjoy the interplay of exploration in dream mode revealing backstory in awake mode. I would have liked some kind of integrated hint system rather than just a text-based walkthrough, and better in-game indication that characters can pass inventory items to one another in their respective dream worlds — the player has no indication that either of the characters are aware that’s what they’re doing, so it seems a lot of people miss this.