I’m speaking at two conferences this fall! Both conferences will involve me talking about my always exciting and sometimes terrifying adventures in developing Dominique Pamplemousse, with some fun theatrics thrown in for good measure. There may also be live singing: you have been warned.

If you’re in either area at either time, I hope to see you there!

Some of you may already know about Versu, [1] the nifty text-based social simulator created by Emily Short, Richard Evans, and many other fine folks at Linden Lab. Now, I’m proud to officially announce that over the last few months, I had the chance to work on a couple of new stories for the platform, which have now been released: “Office Politics: The Interview”, and “Office Politics: The Party”.

With the initial content of Versu taking place in a Jane Austen-esque Regency England setting, I wanted to create some stories set in the present day. I found the choice of a modern-day high-tech office to be ideal to write for in this system, because of all the meticulous social rules and procedures involved in a corporate setting. I also thought it would be a great excuse for characters of varying ages, backgrounds, and beliefs to come together and clash with one another in interesting and sometimes comedic ways.

Some of the folks you’ll meet in these stories are as follows:

Also written in the same universe is “Jamey Beanman’s Burrito Quest”, a short interactive fiction game in which you play a young pop star who must go out and get a bite to eat without being seen by the paparazzi. It runs on the web in dio, another shared space created by Linden Lab. You can check it out here.

Well, it’s been a bit of a long time coming, but I’ve finally finished the “Director’s Cut” soundtrack for Dominique Pamplemousse! Now you can finally listen to said soundtrack as if it were a regular musical and not a bizarre interactive piece. Hooray!

(Please note that if you haven’t played the game yet and plan to, there be plot spoilers in this here soundtrack.)

I tell you, it was more of a challenge than I thought it would be to turn the interactive music into something linear; as such, I’ve omitted various verses and dialogue lines that are in the game proper. That said, hopefully the editing provides a coherent enough narrative, or at least provides incentive to check out the game if you haven’t already.

Today, I’m super duper proud to announce that Dominique Pamplemousse has been selected for Indiecade’s showcase at E3! That means I will be in Los Angeles from June 11-13, demoing the game and chatting up the press. Wahoo!

The first (and last) time I went to E3 was seven years ago, back when I had just started writing for Adventure Gamers and was all adorably bright-eyed and bushy-tailed about being a member of the press and going to my very first games convention thing ever. I remember we at AG basically avoided all the shiny expensive displays and crammed into tiny little booths where tiny little indie developers showed us their offbeat point-and-click adventure games. It’s only appropriate that this time around, I get to be on the other side of that.

So, if you’re going to be there, come on by and say hello!

This week seems to be full of grand announcements. For starters, I just released a game, which people seem to be enjoying, so that’s quite happy-making. Of course, some of you are probably wondering what’s going to come next after Dominique Pamplemousse, and it’s your lucky day, because now I can make the good news official: starting this September, I will be moving to Santa Cruz, California to get my MFA in Digital Arts & New Media!

I’m really excited about this direction my career is going to be taking. I’m going to get to work with/around people who made such neat interactive narrative games as Prom Week, Façade, and Blue Lacuna, and also with artists of other disciplines: filmmakers, musicians, makers, theatre people, you name it. I’m going to learn a lot of things, expand and refine my craft, and all around become a better artist. [1] It’ll be kind of amazing.

Plus, I’ve missed living in California ever since I interned at Telltale 7 years ago [2] so it’ll be wonderful to be back there again!

Dominique Pamplemousse is OUT!

Because on the one day the entire internet is a joke, I prefer to be completely sincere. 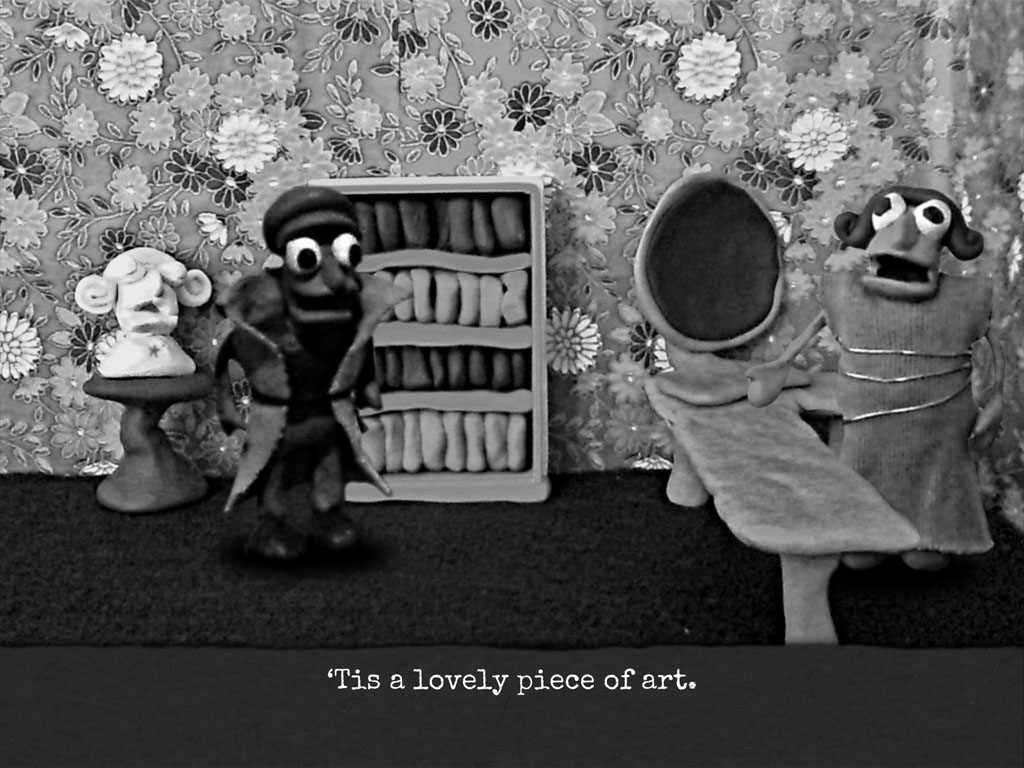 Come and get it!

Hear ye, hear ye! Today, I am proud to announce that Dominique Pamplemousse has now passed Apple’s review gauntlet. As such, I now have an actual release date: Monday, April 1, 2013! [1]

You’ll be able to buy the game either from the App Store if you’re going for the iPad version, or directly from me if you want the desktop version. Both will run for $4.99 USD.

Oh, and if you contributed to the Indiegogo campaign and requested a copy of the game, make sure you check your email later today…