Although Life Flashes By was a project I largely undertook on my own, I did, as they say, get by with a little help from my friends. As such, I figured I’d do a series of short interviews with people who played some kind of key role in helping this game become what it is. Today, I’m featuring Marcela Roberts, background artist extraordinaire. 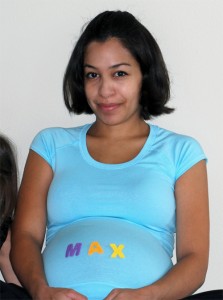 Tell me a little about your art background.

I’ve always been interested in the visual arts because that’s the best way I learn, and therefore, the best way I can communicate. After a year of college, my husband’s military career had us move. I decided to wrap up my credits into a degree (Associates of Fine Art), but I still wasn’t 100% sure what kind of art I wanted to do. After a couple of years and a daughter, I received my Bachelors in Video Game Art & Design. I don’t have the patience for animation, and traditional art forms felt over-saturated. Video games, an art form in its own right that I was already familiar with, just seemed like the right path to take. I’ve been a freelance video game artist ever since.

What were your biggest artistic influences in drawing the backgrounds for Life Flashes By?

Surrealism was definitely my number one influence in creating the backgrounds. It’s my favourite art genre and the game’s story lent itself well. There’s something about clashing real world concepts with fantastical concepts that just tickle my art bone.

What was your absolute favourite scene in Life Flashes By to draw?

I’m torn between the park and the editor’s office for opposite reasons. The editor’s office dealt with detail, which is something I like seeing in art. Paying attention to every unique object in the room felt fulfilling. Though the technique is more mundane and repetitive, it’s as therapeutic as washing dishes… if you’re the type that finds washing dishes sometimes therapeutic. The park allowed me to draw in a different, more painterly technique. It felt freeing to just paint in layers, similar to how you would paint on canvas. It’s hard to say which one was more fun to do.

What makes video game art most interesting for you, compared to creating art for other visual media?

Video game art comes to life in a completely different way than animation alone can allow it to. The ability for the art to feel interactive just takes it to a whole new level. Don’t get me wrong, I’m a huge fan of traditional art (paintings, sculptures, etc.), but where video game art is going and where it can take me… it’s the perfect visual communication.

What sorts of projects are you hoping to work on in the future?

I hope I can continue being a freelance artist, but for now, my new focus is my family. I’m 8 months pregnant with my second child, so I’m not going to fool myself into thinking I’ll have time to devote to any kind of art. But art is something I’ve always done, so I know I’ll find ways to sneak it in my life here and there. Working as a freelance video game artist has been very fulfilling, but I’m hoping to be able to create some original paintings as well. It’s like the comparison of the editor’s office and park I mentioned above. It’s two things I love doing but for completely different reasons.