Here’s a current screenshot of the first scene of my stop motion musical point-and-click adventure game-in-progress. 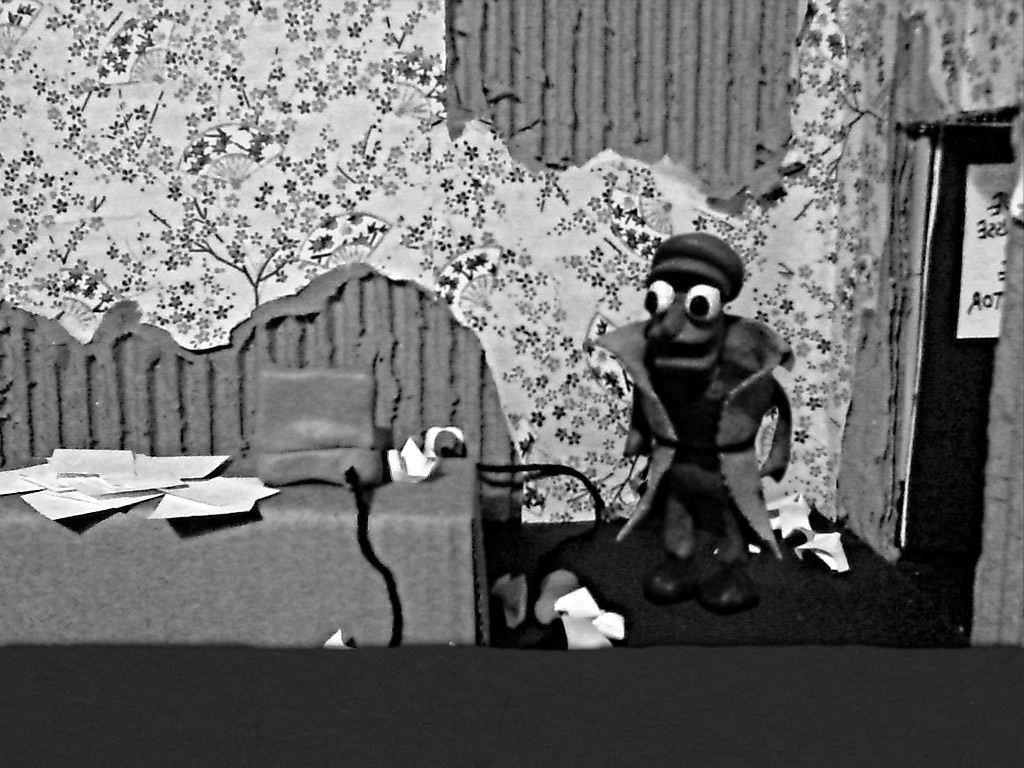 I wasn’t originally planning on making the game black and white, but after doing some art tests, I decided to try it out. I’m pretty happy with the results, and I haven’t used B&W in a game since Cubert Badbone, so the style’s definitely going to stay. Gives it a neat classic movie feel, don’t you think?

Anyway, I’m hoping to get some music and singing into the game soon so I can see how it all fits together. I have some super primitive automatic lipsyncing implemented for characters (ganked from this tutorial) through which I ran some test sound clips, and so far, it’s looking pretty good. For the game engine as a whole, I’ve been taking a little inspiration from Quinn Stephens’s open source ALPACA engine — I was originally thinking of using said engine, but then found there was so much weird custom functionality I wanted, not to mention built-in stuff I didn’t need, that I found it easier just to start over from scratch. Good thing my AS3 skills are half decent, right? [1]

Footnotes:
This entry was posted in Blog Posts and tagged pamplemousse. Bookmark the permalink.